Tiger Woods has announced Fred Couples, Zach Johnson and Steve Stricker as three of his captain’s assistants for the 2019 Presidents Cup, which will return to The Royal Melbourne Golf Club in Melbourne, Australia, for the third time this December. 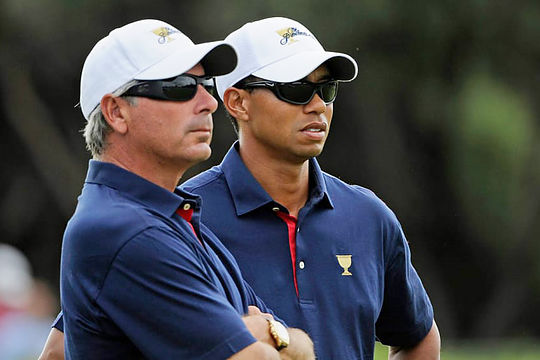 Woods and Couples were Presidents Cup teammates in 1998 and 2005 and partnered up in Woods’ first-ever match where the two defeated Ernie Els and Vijay Singh, 5&4, at Royal Melbourne.

Woods competed on each team that Couples captained, including the 2011 event at Royal Melbourne where Woods was a captain’s pick. The two were both captain’s assistants for Stricker in 2017 at Liberty National.

“I’ve enjoyed being a captain’s assistant for the past two Presidents Cups, and to support Tiger in his first captaincy is going to be a very special experience,” Couples said.

“Plus, to return to one of my favorite venues, Royal Melbourne, is going to be a real treat. The fans in Australia really know their golf and create an unbelievable atmosphere for the players, so I’m excited to return and help this team win.”

“Freddie and I go way back in the Presidents Cup,” Woods said. “And we’re basically coming full circle at Royal Melbourne. He and I teamed up in one of our matches in ’98, I was a captain’s pick in ‘11 and now we get to return there as two leaders of this team. We’re going to have some fun, but we’re there to win.”

Fresh off captaining the victorious 2017 US Presidents Cup Team at Liberty National, Stricker will join Woods in Australia for his second stint as a Presidents Cup captain’s assistant (2015) after he selected Woods as an assistant in 2017.

“Stricks was an incredible leader in 2017 and I took a lot away from the way he served as captain that I hope to emulate in Melbourne,” Woods said. “We have always shared a high level of trust and mutual respect, which will be important in helping us guide this team.”