Tiger has confirmed that he will become just the second playing captain since Hale Irwin in 1994 after picking himself for his 9th appearance in the Presidents Cup today.

Following a light playing schedule this year, Woods finished 13th on the US Team leaderboard and as such did not qualify for the team automatically. However an out-of-the-box victory in Japan a fortnight ago meant that he was all but assured a place…even if it meant not picking other big name players. 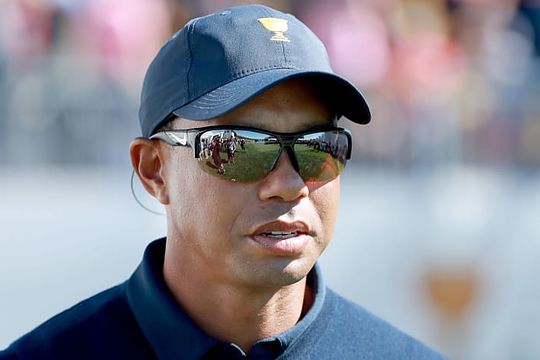 “As captain, I’m going to choose Tiger Woods as the last player on the team,” Woods said in his press conference. “He’s made, what, nine Cups and he’s played in Australia twice in the Presidents Cup, so this will be his third appearance as a player.”

Outside of his current form, Woods has an enviable Presidents Cup record of 24-15-1 since his first appearance in 1998. He is one of just five players to earn a perfect 5-0-0 record during a single event in 2009 at TPC Harding Park in San Francisco.

“It’s going to be difficult, but also I have three amazing assistants with Fred, Strick and Zach, and that helps a lot, two guys that have won Presidents Cups and one will be a future captain along the line in the near future. Three great minds that will help me when I’m playing.”

“It’s going to be a lot of work, but something I’ve been looking forward to for a long time. I’ve been vice captain in two Cups, so understanding it and seeing it, what those roles are is a little bizarre, and seeing it from a different side is really going to help.”

Tony Finau and Gary Woodland, who sit at 14th and 16th in the world rankings, got the nod from Woods along with world number 15, Patrick Reed, who has played in two previous Cups and three Ryder Cup teams.

Woods would not be drawn on whether or not Brooks Koepka will return from injury in time to play in Melbourne, however with the likes of Rickie Fowler not receiving a pick, the 15-time major champion has plenty of players to choose from should he need to make changes at the last minute.

It’s been almost a decade since Woods last played in Australia and with every passing year it has been less and less likely he would return to our shores anytime soon – at least in a playing capacity.

“I don’t know if it’s the last time I play down under. I can still play at The Open or some other event that’s down there. There’s always that chance. But let’s just focus on us coming to Melbourne to play Royal Melbourne, and really enjoy that experience and that competition,’ said Woods.