Coming off the back of an impressive T6 finish at the recent Open Championship at Carnoustie, the 42-year-old has officially committed to playing the final Bridgestone Invitational at Firestone Country Club in Akron, Ohio.

The tournament has been an important milestone in Woods’ golfing life. He has won the title a record eight times with prizemoney from this one event totalling over $11 million. His most recent victory came in 2013 when he defeated Keegan Bradley and Henrik Stenson by seven strokes. 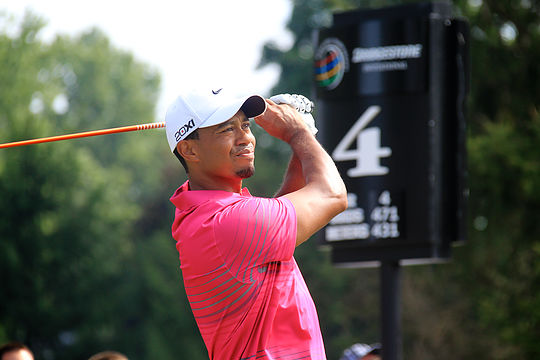 While nostalgia is no doubt a factor in his choice to play next week, most importantly Woods needs a solid result at Firestone if he is to prove his case to team captain Jim Furyk for inclusion into this year’s Ryder Cup team.

His top-10 finish at Carnoustie moved him into 20th place in the points rankings but the 14-time major champ will need more than that in Ohio and at the PGA Championship next month to secure his place in France.

The WGC-Bridgestone Invitational will kick off in Ohio for the last time next week from August 2nd where Japan’s Hideki Matsuyama is the defending champion. The tournament will then move to Memphis for the 2018-2019 season and will be known as the WGC-Fedex St. Jude Invitational.