There were a few close calls but three-time champion Tiger Woods eventually came out on top on day one of the WGC-Dell Technologies Match Play in Austin, Texas.

43-year-old Woods, who has not played this event since 2013, defeated 22-year-old Aaron Wise 3&1 following a rollercoaster round that the former World No.1 described as ‘emotional’.

“It was a pretty emotional match because we were up and down, up and down. There weren’t a lot of holes halved. And I was just kind of hanging in there. I was up early and then all of a sudden I’m down,” said Woods.

Woods took the advantage early and held a 2up lead coming to the 8th hole, however, three birdies in a row from Wise flipped the match on its head and the 2018 Rookie Of The Year took a 1up lead at the 10th hole. 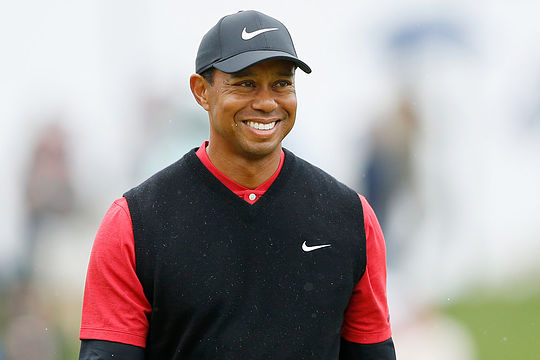 Woods then went on to secure wins at the 11th, 13th, 15th holes before putting a final nail in the coffin with a par at the 17th following a three-putt from Wise to claim the match 3&1.

“It wasn’t exactly the best of golf out there from both of us. We gave a few holes away with bogeys and three-putts, and we won a few holes with some good birdies.”

The news was not as good for the Australians with Jason Day going down to Jim Furyk 2&1 while Cameron Smith was an unlikely scalp for Charles Howell III at 2&1.

Marc Leishman collected his first win of the week taking down Kiradech Aphibarnrat 2up.

Leishman will play Scotland’s Russell Knox tomorrow in round two while Jason Day will take on Henrik Stenson and Cameron Smith will line up against 2018 Australian Open champion, Abraham Ancer.