As predicted, the return of Tiger Woods to competition last week in the Bahamas ranked very high when it comes to US TV’s most-watched golf tournaments of 2017.

More surprising was the Hero World Challenge was a limited field event featuring 18 players and not an official 2017/18 PGA Tour counting event. 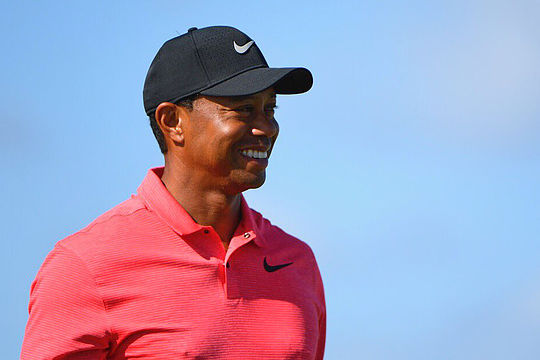 Woods ended a 10-month absence to shoot rounds of 69, 68, 75 and 68 to finish with a very respectable share of ninth place on a very tricky and windy Bahamas golf course.

The US-based ‘Show Buzz Daily’ reports NBC’s coverage of the third round rated 1.29 despite Woods shooting a round of 75. The network’s final round coverage ranked slightly lower at 1.19.

Topping the ratings and showing football remains king in the States was the overall coverage of the NFL’s Sunday round of matches that topped the rating at 12.0.

The Golf Channel also reported that thanks to Tiger’s ‘fitter’ return there was a 29% increase in Hero World Challenge ‘minutes’ compared to their 2016 coverage of the event, with 22.4 million total minutes streamed, which is a 201% increase on 2016.

That placed it just second on The Golf Channel’s 2017 coverage of Jordan Spieth’s victory at The Open.

However when you compare other golf tournaments throughout 2017, Woods’ appearance in the Hero World Challenge ranked higher than the regular PGA Tour events.

It was also rated bigger than the 2017 Masters, won by Sergio Garcia, which peaked with a ranking of 1.0 on the second day of the event in April.

The recent Tour Championship, won by PGA Tour ‘Golfer of the Year’ Justin Thomas, was ranked 1.16 for day three coverage and 1.60 over the final round.

Topping the golf rankings in the US in 2017 was the Turner Network’s coverage of August’s PGA Championship, won with a final day 68 by Thomas, that ranked 1.36 and well behind the start to the NASCAR Series at 2.11.