Woods returns to Oz without the pressure

For the first time in his illustrious career, Tiger Woods will enter a Presidents Cup without the weight of expectation bearing down on his shoulders.

The oft-injured and out of sorts former world No.1 was handed a Cup lifeline by U.S. Captain Fred Couples last month, despite Couples admitting the decision itself was made months earlier. 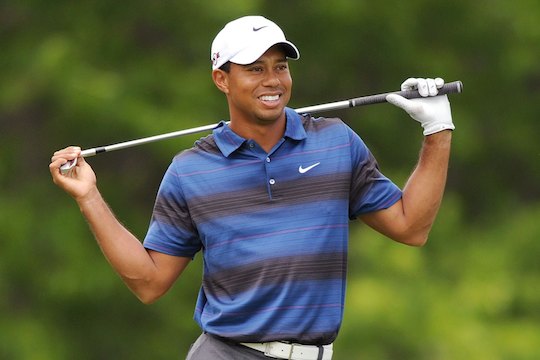 For Woods, the announcement was reassurance that those close to him have not yet lost faith in his extraordinary ability to hit a golf ball, unlike a lot of his critics.

For Couples, it was a decision he said simply had to be made as the star-studded Americans look to retain golf’s most decorated team trophy around a Royal Melbourne layout that has been less than friendly to them in the past.

Woods will make his seventh-consecutive Presidents Cup appearance and the first as a captain’s pick. Previously, he had made the U.S. Team as No. 1 in the standings in all but 1998, when he was No. 2 behind David Duval.

They’re telling statistics not lost on Woods, who made it clear he is not taking his selection for granted this time around.

“I’m honoured to be a part of the team,” said a humble Woods, now ranked 50th in the world.

“I know we haven’t done it since ’98 but I’m really looking forward to getting down there and mixing it up with the boys.”

While Tiger’s attitude is as good as ever, what will be a concern for Couples is his star’s lack of match practice heading into the event.

Woods was sidelined from competition from May through August this season due to a knee and Achilles injury that forced him to withdraw from THE PLAYERS Championship. In eight PGA TOUR starts, Woods’ best performance is a T4 at the Masters. Outside of that, there has been little to cheer about.

He will play in this month’s Australian Open at The Lakes in Sydney in what will be his last major ‘practice session’ before looking to reignite his star-spangled reputation as the U.S. team’s go-to man for victory. And don’t worry, he’ll be fit and firing come that first match-up.

“I am looking to get out there and compete, no doubt,” declared Woods.

“I’m playing at the Aussie Open in Sydney, and really looking forward to getting my game rounded for The Presidents Cup.

“I’m really excited to get back out there and compete, and knowing that I’m finally healthy enough to do it now, and I’ve practiced, something I had not done in preparation for Akron and the PGA. But now that I’ve actually practiced, I’ve gotten even stronger in my lifting sessions, so things are definitely shaping up quickly.

“I’m playing as much as I possibly can, something that I hadn’t done all summer because I hadn’t been cleared to do it. Now I have the clearance to do that. My training sessions are great. My strength has come back. My explosiveness has come back through my training, and now I’m just trying to get my feel back, and it feels great!”

While he has gone nearly two years without a global victory, Tiger’s Presidents Cup record is exemplary. In 2009, he posted a 5-0-0 record in the event, joining only two other competitors in Presidents Cup history who went five-for-five at a Presidents Cup: Mark O’Meara (1996); and Shigeki Maruyama (1998).

Woods also holds the record for most matches won in The Presidents Cup at 18, two better than evergreen Davis Love III, Vijay Singh and Els.

It’s a record that has Internationals Captain Greg Norman on red alert, having personally faced off against the 14-time Major champion in a Presidents Cup showdown.

“I agree with Fred’s decision (to pick Tiger). You have to put a lot of faith in a guy who has dominated the game of golf for over a decade,” said Norman.

“So at the end of the day the winner is the Presidents Cup and the people who will come out to watch it.”