Woods says he has another decade of majors ahead

He’s come a long way from telling Jack Nicklaus “I’m done” at the Champions Dinner ahead of the 2017 Masters.

It would be just two years later that the seemingly impossible turned into reality, and Tiger Woods would again slip on a green jacket following his one-shot victory at the 2019 Masters. 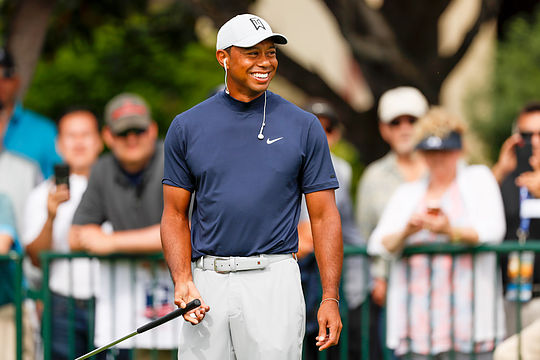 Tiger Woods practices ahead of the 2019 US Open (Credit: USGA)

Along the way, of course, it wasn’t that easy. A man of lesser mental strength would no doubt have called it quits many times but this is Tiger Woods.

So it comes as no surprise that the World No.5 says he has another decade of golf – and winning majors – in him.

“Now the trick is can I keep myself healthy enough and strong enough and fast enough to endure all that, considering what my body has gone through?”

“That’s where I need help with all my trainers and physios and workout regimes, and hopefully I can make that happen.”

Woods failed to live up to expectations at the PGA Championship but would not be drawn into the reasons why, apart from indicating he was ‘in rough shape’.

However, he returned to the Tour at The Memorial and managed to rescue a 9th place with a final round 67.

“At Augusta I was right where I needed to be. I was hitting it high. I could shape it either way,” said Woods. “Bethpage was a different story. I was good going into the week, unfortunately just didn’t feel well.”

“This week I feel like I’m trending in the right direction. I need one more day of prep. I want to see the golf course when it’s a little bit closer to game time.”

Woods tees off alongside Jordan Spieth and Justin Rose at 2:09PM (7:09AM FRI AEST).