When poor light halted play Woods had moved to 18-under par through 11 holes of his fourth round on the Accordia Golf Narashino course.

Woods has posted scores of 64, 64 and a third round 66 to move to 16-under par and was two-under par for his third round thanks to three birdies and just one bogey.

Next best is Japan’s Hideki Matsuyama, who had moved to 15-under par through 12 final round holes.

It was a marathon day for the entire field, more than 10 hours and at least 29 holes before the very late afternoon suspension of play, and certainly a stern test for a 43-year-old Woods in his first event since undergoing arthroscopic surgery on his left knee. 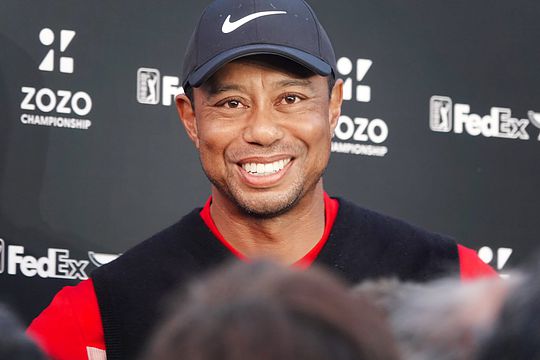 One of the biggest movers over the rain of the weather-affected event was World No. 2 Rory McIlroy, who had superbly eagled his 18th hole to end round three with a blistering seven under par 63 that saw the Northern Irishman go straight into round four at 10-under par and sharing seventh place.

Thirty of the 76 players had managed to complete their fourth rounds and with Open Champion, Shane Lowry the clubhouse leader in signing off for a best-of-the-week 65 for an eight-under par tally.

Woods, the 15-time Major winner, moved to 81 PGA Tour victories in capturing the Masters earlier this year and now after yet another lengthy break from the game due to further surgery the now 43-year old is on the verge of remarkably achieving what many would have thought was the ‘unachievable’.

Snead captured his first PGA Tour win in 1936 with victory in the West Virginia Closed Pro and then captured his 82rd Tour title 29-years later with an incredible eighth-shot victory at the 1965 Greater Greensboro Open.

Woods won for the first time on the PGA Tour at the October 1996 Las Vegas International and then won an 81st in April this year with his fifth Augusta National success.

“I played alright,” said Woods. “I made a few mistakes here and there. Pretty pleased with most of the day and I made birdies when I had opportunities.”

“I’ve tried to increase my lead and I figured if I stayed where I was at, I was not going to have the lead. I had to make birdies.”

“The golf course was soft, it was pretty benign and I felt like I just had to continue making birdies.”

“For the most part, I did that. It’s not that easy, and considering that I had the stress of having the lead and being under the gun for that long, it’s a long period of time having come off of a knee procedure and haven’t really stressed it like this.”

Asked if he would allow himself to think of matching Snead’s record, Woods did not bat an eyelid: “I’m trying to win, no doubt about that,” he said.

“Well, if I do what I’m supposed to do and get the job done, then I get a W. I guess that will add up to the 82 number, but my main focus is doing what I need to do to get the ‘W’ first.”