Tiger Woods will make his 2017 PGA Tour debut at the Farmers Insurance Open, a tournament he has won seven times with his last victory coming in 2013.

“We’re thrilled our fans will have the opportunity to see Tiger in addition to what is already a very strong field for the Farmers Insurance Open,” said tournament director Peter Ripa. 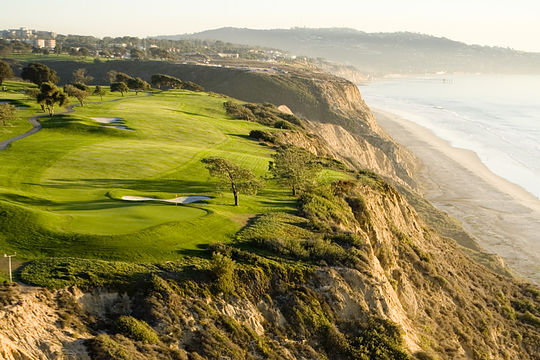 Tiger Woods will kickstart his 2017 campaign at Torrey Pines where he has won eight times including the 2008 US Open (Credit: USGA)

“He has experienced tremendous success at Torrey Pines and in our tournament, and we couldn’t think of a better place for him to start the year.”

“Tiger’s presence will add to a deep and talented field that includes many of the top stars in the game as well as some exciting up-and-coming players.”

The tournament will be Woods’ first official PGA Tour event since the 2015 Wyndham Championship where he finished T10.

Injuries forced the 14-time major winner to sit out the 2015-2016 season before returning to play the Hero World Challenge in December where he finished well back in the field despite topping the field with 24 birdies for the week.

While Woods will be sure to gain most of the spotlight the field, at this stage, also includes world number one, Jason Day, alongside Dustin Johnson, Phil Mickelson and Rickie Fowler.

The 41-year-old announced he will also be competing at the 2017 Honda Classic on February 23rd, which follows on from his previously announced commitment to play the Genesis Open at Riviera on February 16th.