Three-time Augusta National champion Tiger Woods will miss his first Masters since 1995 after announcing he recently underwent surgery for a pinched nerve.

The withdrawal of the world number one and favourite for the season’s first Major Championship is a huge blow for golf fans around the globe along with Masters officials and the host CBS TV network. 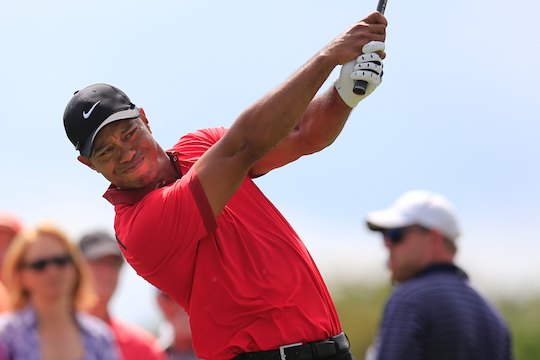 “After attempting to get ready for the Masters, and failing to make the necessary progress, I decided, in consultation with my doctors, to have this procedure done,” Woods said in a statement.

“I’d like to express my disappointment to the Augusta National membership, staff, volunteers and patrons that I will not be at the Masters,” Tiger added.

“It’s a week that’s very special to me. It also looks like I’ll be forced to miss several upcoming tournaments to focus on my rehabilitation and getting healthy.”

“I’d also like to thank the fans for their support and concern. It’s very kind and greatly appreciated. This is frustrating, but it’s something my doctors advised me to do for my immediate and long-term health.”

Woods has been slowed by back spasms since he had to withdraw from the Honda Classic earlier this month.

He tied for 25th at the WGC-Cadillac Championship despite back pain on Friday and Sunday and decided not to play the Arnold Palmer Invitational because of the ailment.