The Korean, who only began playing golf at the age of 14 and then turned pro five years later, has played 21 tournaments on the China Tour and made the cut in 18 of them with two top-10 finishes. 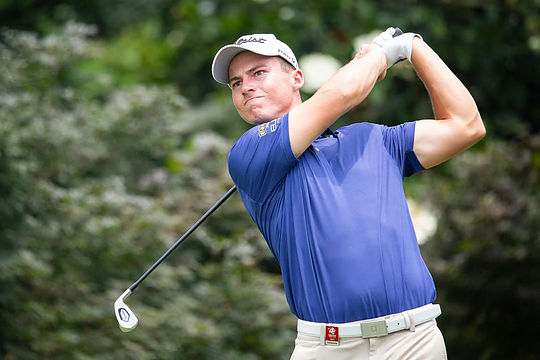 While Woojin claimed the Wuhan Optics Valley Open title, it was Australia’s Kade McBride, who grabbed the headlines with a record-breaking score of 12-under 60. It was the lowest single-round score ever recorded on the China Tour.

McBride, who is in his second year on the China Tour, looked well out of contention coming into the final round in 38th place following back-to-back rounds of 76.

However, seven birdies across the front nine holes including six in a row from the 1st hole saw him quickly moving up the leaderboard.

A further five birdies on his back nine set the Queenslander up for a chance to break 60 with the par-3 17th and par-4 18th in his sights. It was not to be but he was more than happy to settle for a superb 12-under 60.

The 24-year-old finished tied for third at the PNG Open last month and finished top-50 at the NZ Open in late February.

On the China Tour, he has claimed a share of 9th place at the recent Shenzhou Peninsula Open and T32 at the Bo Ao Open and sits at 8th on the Order Of Merit.

In all the excitement on the final day, fellow Australian Maverick Antcliff’s round may have got overlooked by some. He fired a final round 7-under 65 to take outright third place to make it two wins and a third in three tournaments this season on the China Tour.

Antcliff sits comfortably on top of the Order of Merit with more than double the prizemoney of the next player.