Over 300 amateur golfers, male and female, will compete this week in Sydney in the Australian Amateur being contested at The Australian and The Lakes Golf Club.

Both the Australian Men’s and Women’s Championship is contested over 36-holes stroke play qualifying, with the leading 64 men and 32 women progressing to elimination match play starting Thursday, with the final 36-holes for both championships to be contested on Sunday at The Australian Golf Club. 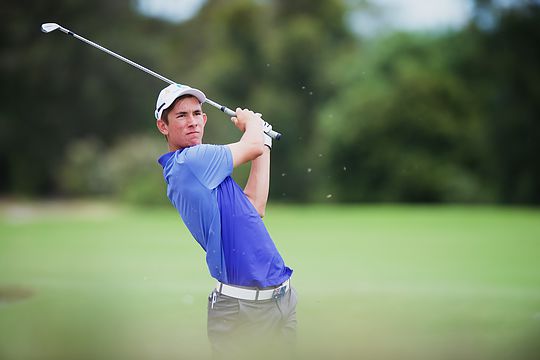 There are 234 men competing, none of whom has a handicap higher than 0.8, a figure down from 1.4 last year with 30 odd players being balloted for the last positions. The Australian Women’s Championship has the strongest field in years with 78 players competing and the highest handicap 1.8, down from 4.4 last year.

The Women’s competition was further strengthened with over 20 of the 25 Astor Cup players from last week’s Commonwealth teams event in Adelaide staying on to compete in Sydney.

The women’s field includes the majority of Korea’s national squad, a first that country has sent such numbers to an international championship, which is headed by world number 37 So-Young Lee, yet world number 9, Eun-jeong Seong is not competing.

The men’s field is certainly pack with talent including Great Britain’s Nick Marsh and Adam Batty and Canada’s Corey Conners who won last Saturday at the Lake Macquarie International.

The Australian Women’s Amateur has seen Minjee Lee victorious in 2013-14, Lydia Ko in 2012 with Stacey Keating winning in 2010.