World No.2 Korda will miss first major of the year

Nelly Korda won’t play in the LPGA’s first major of the year. The 23-year-old has ruled herself out of this week’s Chevron Championship ahead of the tournament’s deadline.

According to a social media post by the World No.2, she was recently diagnosed with a blood clot and said she hoped to return to the LPGA Tour as soon as possible. 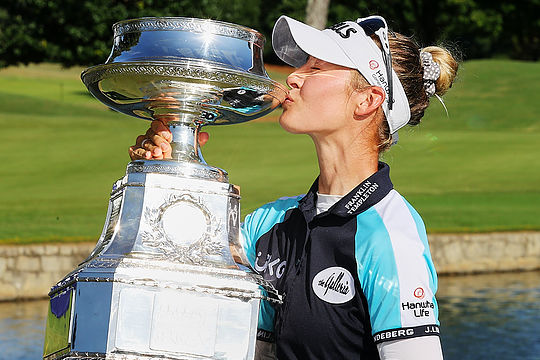 “I am currently at home getting treatment to eliminate further risks. I will communicate my status as and when there is more information. In the meantime, I want to thank everyone for their support and ask for privacy for all our family during this time. I hope to be back soon! Thank you.”

It’s a disappointing start to her 2022 campaign after coming off the best season of her career. Korda won her first major and another three tournaments to take her LPGA tally to seven and become World No.1.

She also became the first American since Stacy Lewis in 2012 to win four LPGA titles in a year. Ironically her 29-week reign as World No.1 overtook the 25-week record set by Lewis in 2013-2014.