World No. 2 Rahm ready to miss Masters if baby arrives

Here’s a scenario many would rather not have to contemplate.

It is Friday 9th April, 2021 and you’re leading the Masters. You receive a telephone call from your wife to say the couple’s first born is due over the weekend. 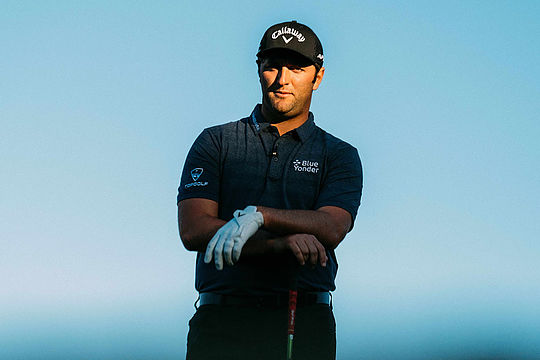 What do you do?

World No. 2 Jon Rahm knows what he will be doing and insists being present for the birth of his son will come before a Masters green jacket.

The double Dubai Duty Free Irish Open winning Spaniard revealed at the WGC – Dell Match-Play Championship that his wife, Kelley is due to give birth to the couple’s first child between April 10th and 12th, a three-day stretch that includes the third and final round of the Masters.

“I’m not going to disclose too much. All I can say is if anybody’s thinking of betting on me on the Masters, maybe think about it twice because there’s a chance I have to just turn around and leave that week,” smiled Rahm.

“As far as I’m concerned, Kelley and the baby are doing great, so it is approaching. I mean, she is due April 10th to the 12th. So that’s her due date, so yeah, it’s coming up.”

“I hear all kinds of stories, right, from people saying, oh, first one is always late, two people say, well, no, mine were early, this and that. So I don’t know.”

“I’m excited about it. I’m trying to take it one day at a time. And I can tell you I’m ready to go at any moment’s notice, to be honest. If it happens today, I can go to the hotel and be gone quick. So happy about it. That’s all I can say.”

“Being a father is much more important than any golf event would ever be, so that’s my head right now.”

This time four years ago, Rahm was in the final of the WGC – Dell Match-Play Championship only to find himself 4-down after only five holes before regrouping and going down to Dustin Johnson by a hole.

Rahm was eventually bundled out of this year’s event in the quarter-finals losing 3&1 to eventual finalist, Scottie Scheffler.

n four starts at the Masters, Rahm has three top-10 finishes, including his tie for seventh last fall and a fourth-place finish in 2018.