World No. 22 Brandt Snedeker will have a big pair of boots to fill when he heads for Fiji as the headline act for the Fiji International in October.

Another American, Matt Kuchar, stole the show last year when he was the drawcard for Fiji’s biggest golf event of the year and promptly won the event in testing conditions. 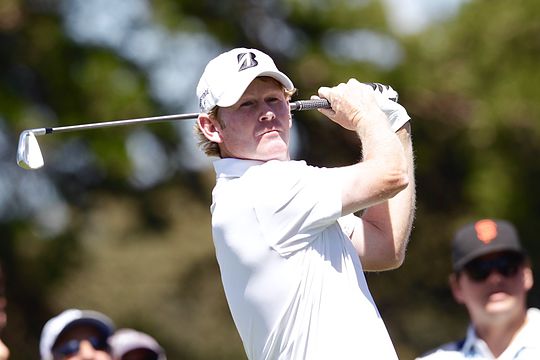 Now Snedeker has agreed to play at the storied Natadola Bay Championship golf course from October 6-9.

An eight-time winner on the US Tour, including a win in February this year, Snedeker will be a big hit with fans in Fiji .

“I’m excited to be coming to play in the Fiji International. I enjoy competing all over the world but this will be my first time playing a golf tournament in Fiji,” said the popular American.

“I will try not to get too distracted by the beauty of Fiji as I would love to win another golf tournament this year.”

Snedeker heard nothing but good things about the Pacific island from Kuchar who brought his family to Fiji for a holiday while he played in their marquee event.

“Matt returned from the Fiji International saying such fantastic things about the tournament that I decided I needed to come,” said Snedeker.

“He told me all about the beauty and challenge of the Natadola Bay Championship Golf Course but also the friendly people and the fun things to do away from the golf course, so I am also bringing my family.

“Hopefully just like Matt I can go on and win the Fiji International.

“What could be better than combining a family holiday with winning a European Tour event?”

With the Fiji International now co-sanctioned by the ISPS HANDA PGA Tour of Australasia and the European Tour, Snedeker is the first of a strong line up of players expected in Fiji.

The inaugural Fiji International in 2014 signalled Fiji’s official arrival onto the global golfing stage, with the Fijian Government, Fijian Tourism and Fiji’s number one player, Vijay Singh, all making a push to put their country on the lucrative world golfing map.