Event owner and promoter, IMG, has announced that the 2011 JBWere Masters would return to The Victoria Golf Club from 15-18 December. 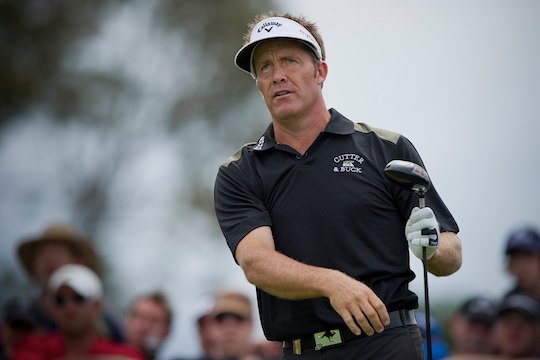 Stuart Appleby confirmed he will play the 2011 JBWere Masters

Appleby secured his first gold jacket last year with a brilliant closing round of 65 to add his name to the Masters’ rich history of great champions.

33-year-old Luke Donald is enjoying a phenomenal year winning the World Golf Championships – Accenture Match Play Championship in February and the prestigious PGA Championship at Wentworth in May which saw him climb to the top of the Official World Golf Rankings for the first time in his career.

Currently he also leads the standings on both the European Tour and PGA TOUR.

“I have never played in Australia but I have heard so many great things about the sandbelt courses, the people there, and the country’s culture. I am really looking forward to the trip and the experience,” commented Luke.

Stuart Appleby has fond memories of The Victoria Golf Club from 2010 and is excited to have the opportunity to defend his Masters title.

“Victoria was a terrific host last year and I have great memories of the final round. It will make for an exciting time for golf in Victoria on the back of The Presidents Cup,” said Appleby.

The fashionable and charismatic Ian Poulter is no stranger to Australian shores but this will mark his first appearance at the JBWere Masters.

“I am huge fan of the sandbelt courses and really look forward to getting back to Melbourne and playing Victoria for the first time. Hopefully I can replicate England’s win in The Ashes last summer!” joked Ian.

“2011 is an important year for PGA of Australia in marking our centenary. We are delighted to see the on-going success of the JBWere Masters and on behalf of our members we extend our thanks to JBWere, the Victorian Government and IMG for their continued commitment to Australian golf. We look forward to crowning our 2011 Order of Merit champion at the 2011 JBWere Masters,” said CEO, PGA of Australia, Brian Thorburn.

The 2011 JBWere Masters will again be broadcast on Channel Nine and FOX SPORTS and will be played at The Victoria Golf Club from 15 – 18 December 2011.

Tickets to the JBWere Masters will be on sale from August at Ticketek.