The world’s golf tours have come together in a rare sign of unity in an effort to rescue what is now remaining of the golfing calendar. 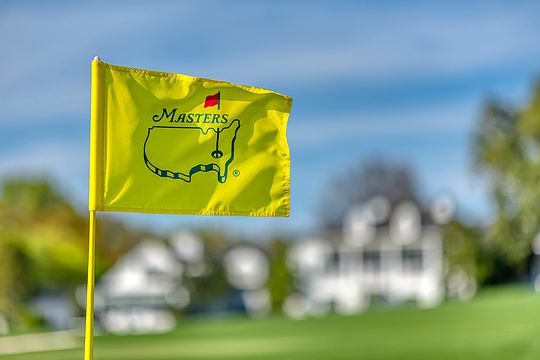 The 2020 Masters has been moved to November (Credit: PGA Tour)

“This is a difficult and challenging time for everyone coping with the effects of this pandemic. We remain very mindful of the obstacles ahead, and each organisation will continue to follow the guidance of the leading public health authorities, conducting competitions only if it is safe and responsible to do so.”

“In recent weeks, the global golf community has come together to collectively put forward a calendar of events that will, we hope, serve to entertain and inspire golf fans around the world.”

“We are grateful to our respective partners, sponsors and players, who have allowed us to make decisions – some of them, very tough decisions – in order to move the game and the industry forward.”

With just days to go before what would have been the start of the 2020 Masters, club officials have confirmed that the Masters will be tentatively moved to the week commencing 9th November.

“Augusta National Golf Club has identified November 9-15 as the intended dates to host the 2020 Masters. While more details will be shared in the weeks and months to come, we, like all of you, will continue to focus on all mandated precautions and guidelines to fight against the Coronavirus. Along the way, we hope the anticipation of staging the Masters Tournament in the fall brings a moment of joy to the Augusta community and all those who love the sport.”

Other majors to make a move will be the Men’s and Women’s US Opens along with the PGA Championship, which will return to its original month of August and will remain at TPC Harding Park in San Francisco.

The bad news is that the Open Championship has been cancelled altogether with the R&A moving the tournament back to 2021, where it will be played as originally planned at Royal St. George’s.

The PGA Tour is still working through how to best arranage the rest of the season but has announced that it has delayed the Wyndham Championship and all three FedExCup Playoffs events by one week to now begin August 10. More announcements will be made in the coming weeks.

“Events of this size are not easy to move, and we are grateful to our host organisations and title sponsors, who are making significant efforts in allowing us an opportunity to look forward to a return to PGA Tour golf,” said PGA Tour Commissioner Jay Monahan.

The European Tour has a far more complex task ahead of them with so many tournaments in different countries across the world. Officials have indicated they will update their 2020 schedule as more information comes to hand.

Meanwhile the LPGA Tour is on track to return to the fairways beginning the week of June 15 with the Walmart NW Arkansas Championship. The Tour has also announced that they have rescheduled their first two majors of the year with the ANA Inspiration teeing off in September and the US Women’s Open in early December.

While this is all great news for golf fans, the governing bodies were quick to reiterate that this is a fluid situation and any of these plans could change if issues with the pandemic aren’t able to be brought under control.