In yet another coup for the Australian summer of golf, Asia’s first Major winner Y E Yang is a confirmed starter in the 2011 Australian PGA Championship presented by Coca-Cola.

Yang, a two-time OneAsia winner, has confirmed he will ‘turn up the heat’ at the spectacular Hyatt Regency Coolum on Queensland’s Sunshine Coast from 24-27 November alongside some of the biggest names in world golf. 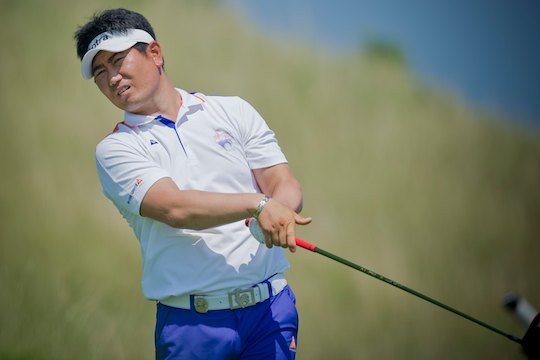 “This will be my first time playing in Australia and I hope to play well,” said Yang who was an automatic qualifier for The Presidents Cup International Team.

A co-sanctioned event by OneAsia and the PGA Tour of Australasia, a good performance by Yang at Coolum could see him claim his third OneAsia title.

During OneAsia’s 2010 season Yang won both the Volvo China Open and the Kolon Korea Open, the latter of which title he defends at the Woo Jeong Hills Country Club on OneAsia in Korea this week.

Tickets for the Australian PGA Championship presented by Coca-Cola are now on sale via Ticketek.

The tournament will be showcased on OneAsia’s television platform across all four tournament days, broadcast to over 400 million homes in more than 40 countries.

Full coverage of the event will be broadcast domestically on Network Ten, as well as internationally on ESPN Star Sports, Jupiter Golf Network, SBS Golf Channel, Fox International and Sky Sports NZ among others.

The Australian PGA Championship presented by Coca-Cola will be played at the Hyatt Regency Coolum on Queensland’s Sunshine Coast from November 24-27, 2011.