Rounds of 65 in both the Women’s and the Men’s Championships had Royal Melbourne Golf Club officials searching through their record books after today’s third round of the 2018 Australian Master of the Amateurs.

The 17-year-old, who last year won the Japanese Women’s Amateur Championship, says she found it difficult coming from a Japanese winter to the heat of summer in Melbourne. That may explain the three bogeys in her opening round on Tuesday.

However, even par yesterday followed by a 6-under today has the teenager six shots clear and well placed to be the inaugural winner of the Women’s Australian Master of the Amateurs. 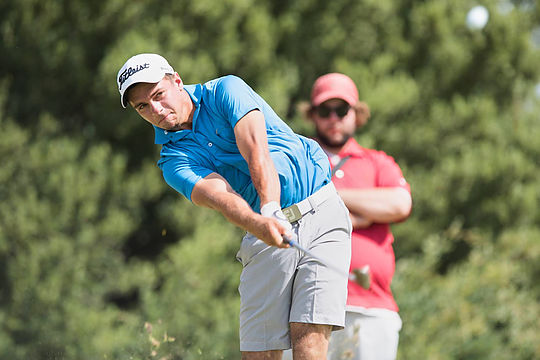 Today’s second round of 65 came from 21-year-old local amateur David Micheluzzi, who is playing this event for the third time.

Seven birdies following his earlier rounds of 72 and 69 saw him move one shot clear of Darcy Brereton, who has led the Men’s Championship since day one.

There was another steady round from 16-year-old American Canon Claycomb. He is 4-under for the tournament after 69 today and just three shots behind the leader.

The final round to decide this year’s green jacket winners starts from 7.30 am tomorrow and admission to Royal Melbourne is free and there is plenty of free parking.