American Cameron Young continued his fine two-week stretch on the Korn Ferry Tour with a five-shot victory in the Evans Scholars Invitational on Sunday in Glenview for his second consecutive wire-to-wire win.

Young closed with a 4-under 67 at the Glen Club for an 18-under-par total. Adam Svensson finished second at 13-under, one shot ahead of Taylor Dickson and three clear of fourth-placed Ollie Schniederjans, who shot a 62 on Sunday. 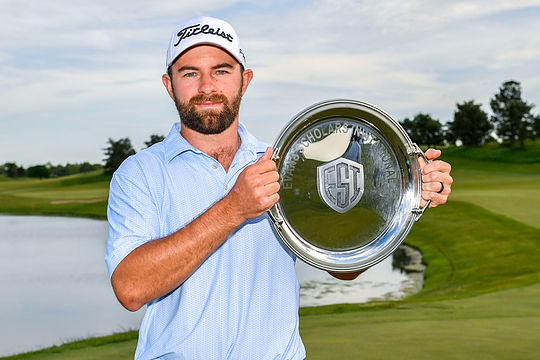 Young, a 24-year-old Wake Forest alumni, was coming off a two-shot victory last week in Kansas City. He became the 10th player in the Korn Ferry Tour’s 32-year history to win back-to-back tournaments, as well as the first player to do so since Michael Putnam in 2013.

No player in Korn Ferry Tour history has won three consecutive events, and Young is scheduled to play this week’s REX Hospital Open and another victory would immediately send him to the PGA Tour via a three-win promotion.

“That’s what I want. To win again,” said Young. “I think there would be something wrong with me if I didn’t say that. I do want to be (on the PGA Tour) as fast as I can be, and if it means winning again, it’s winning again.”

With back-to-back victories at the AdventHealth Championship and Evans Scholars Invitational, Young moves to No. 13 on the Korn Ferry Tour Points List. Considering he began the 2020-21 Korn Ferry Tour combined season with zero status, Young certainly has forced a place on the tour.