World No.6 Cameron Smith has opened his major account with a superb 5-under 67 to sit three strokes shy of leader American Cameron Young (64) and one behind Rory McIlroy (66) after day one of the Open Championship.

Smith, whose best finish at an Open was 20th in 2019, is looking to bank his first ever major in what would be Australia’s first victory at St Andrews since Kel Nagle defeated Arnold Palmer in 1960.

While the Queenslander has struggled in the world’s oldest major, he has five top-10 finishes between the Masters and the US Open and knows what it takes to win at the highest level.

“It’s nice to get off to a hot start any week,” said Smith. “But these majors, I think the tougher the course gets, especially around here…it’s going to get really firm and really fast, it’s almost going to be like holding on I think on the weekend.”

“Nice to get out there and shoot a number and get myself well under par.” 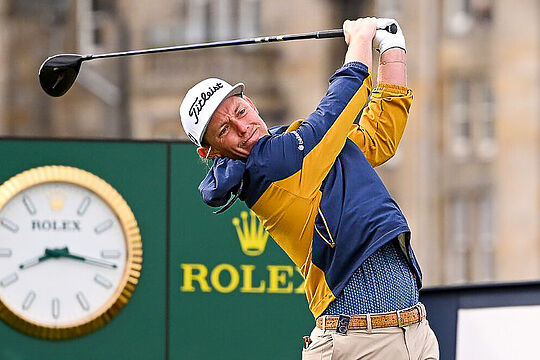 Smith wasn’t the only Aussie taking advantage of the benign early morning conditions with fellow countrymen Brad Kennedy and Min Woo Lee finishing at T5 (4-under) and T13 (3-under) respectively.

At 48-years-old, Kennedy is enjoying a stellar season with 8 top-10 finishes this year between the Australian and Japanese tours.

The news wasn’t so good for three-time champion, Tiger Woods, who struggled to a 6-over 78 in a six-hour round that included a double-bogey six at his opening hole after finding the Swilcan Burn.

Woods lies 14 shots behind Young and will need to summon everything he has just to make the weekend cut tomorrow.