Australia’s proud record at the Queen Sirikit Cup will be put to the test in May with some exciting new talent chosen to represent at this major amateur women’s event.

New South Wales’ Shelly Shin, West Australian Hannah Green and Queenslander Becky Kay will carry our hopes when the team heads for Hong Kong for this event in a few weeks’ time. 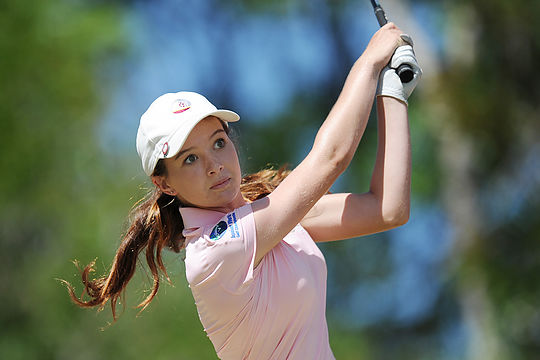 All three are teenagers yet have shown maturity beyond their years with the brand of golf they have played in the past 12 months or so.

Mind you, they’ll need to. The last Australian team contained Minjee Lee and Su Oh, who have since gone on to join the professional ranks after forming the nucleus of Australia’s amateur team that won the Queen Sirikit Cup just 12 months ago.

Coach Tony Meyer has no qualms about the quality of these youngsters and remains confident they can retain the Cup.

“Absolutely they can – all three are in excellent form and there’s no reason it can’t continue,” Meyer said.

“I think we’re a really big chance of winning.

“If you look at the recent Astor Trophy, we didn’t expect to go so well with such a young team, but they did the job there.

“Shelly [also] won the Aussie Amateur, Hannah was runner-up in the New Zealand Open and Becky was low amateur at the Ladies Masters.

“So they’ve all done really well and I think they’ll be full of confidence.”

The Queen Sirikit Trophy has been contested annually since 1979 with Australia successful on nine occasions.