A blemish-free round of 9-under 63 in round one of the AVJennings NSW Open has handed Josh Younger a one-stroke lead at Twin Creeks Golf and Country Club.

Following the outstanding early efforts of Min Woo Lee and Justin Warren for rounds of 8-under the card, Younger put the leaderboard to the back of his mind when he took to the course on Thursday afternoon. 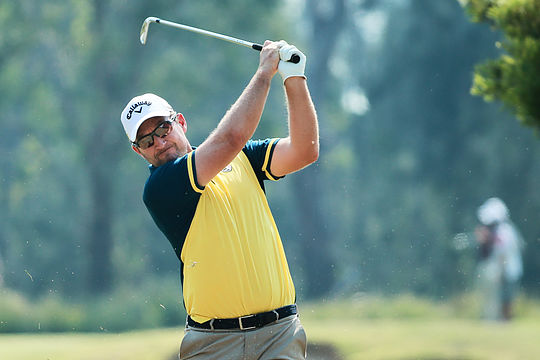 A string of birdies from his first hole, the 10th, to the 16th gave the Victorian gained momentum across what he labels as the Twin Creeks layout’s hardest stretch.

“I started off on the back-nine and made six straight and then just tried to keep out of my own way from there on in. People won’t believe me but the back-nine was tough,” Younger said.

“We came through the turn and the wind got up and that front-nine played quite difficult. I had a good start and was able to stay patient and let things happen. I picked up a couple more coming in and saved a couple of pars.”

Playing in the morning field Justin Warren made a late surge to lead alongside West Australian young-gun Min Woo Lee at the halfway mark of the opening round.

A rising star of the golfing world, Lee put his talent on display on the ISPS HANDA PGA Tour of Australasia with an eagle, seven birdies and a lone bogey at Twin Creeks Golf and Country Club before the pair eventually tied for second ahead of round two.

“I just played pretty solid. It was stress-free. I made one bogey but made a lot of birdies. There are a lot of birdie chances out there and I rolled the putter great so with the combination of both it was really good,” Lee said.

“I hit good shots when I needed to. Some of the holes are tricky and I just hit an iron off the tee and I know at this course there are a lot of birdies out there so I just kept it going.

A number of players made a late run down the back-nine of the Twin Creeks layout but it was New South Welshman Warren who entered the clubhouse on par with Lee.

A stacked field of talent sits behind the leading trio including Travis Smyth, Dimi Papadatos and amateur Nathan Barbieri all tied for fourth at 7-under.

A hole-in-one from Andrew Martin with a 9-iron in hand at the par-3 2nd hole further highlighted the opening round at the NSW Open.