Younger fired a final round seven under par 64 to finish on 16 under, and finished a single shot ahead of Steven Jeffress, who finished in outright second. 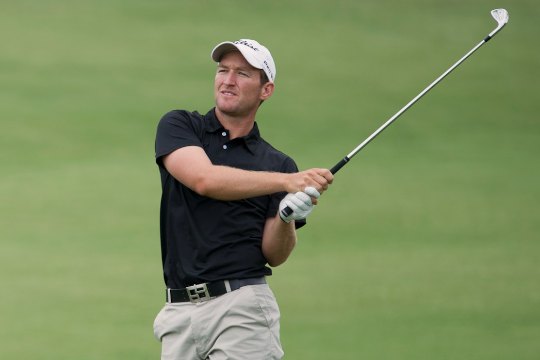 Unfortunately overnight leader Martin Dive could only manage a final round even par 71 to finish in a tie for third with Michael Wright, two shots behind Younger.

The win is the largest for Younger in his professional career, and he commented on what has been a couple of up and down years.

“My golf has been on the climb the last few months after a couple of average seasons and to finally see it come together this week and especially today in the final round is very gratifying.”

“I have always enjoyed this event and I would really like to thank the Lae Golf Club and all of the tournament sponsors for giving all of the professionals this great opportunity to play such a large event in Papua New Guinea”.

It was bitter sweet for Dive who had lead through rounds two and three but he was positive as he looks to the future.

“It is a little disappointing not to have won, but I need to take the positives away from what has been a great week. I am playing nicely at the moment and I am already looking ahead to next week’s Papua New Guinea Open being played at Port Moresby Golf Club”.