Celina Yuan from The Australian has sent a clear message that she will be a player to contend with after winning the Australian Junior Girls’ title and being one of four players on the distinguished undefeated players list in the recent Australian Junior Interstate Series held in Adelaide last week. 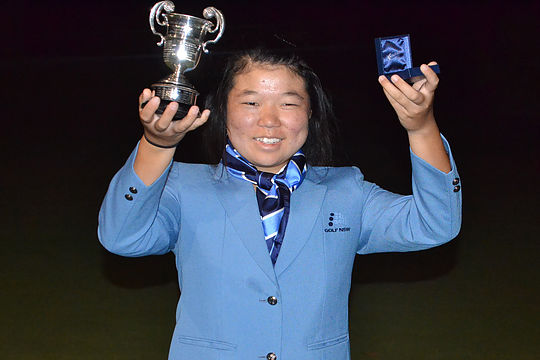 “I was a bit nervous (during the playoff),” Yuan admitted. “It wasn’t my best round to get there and I thought I wouldn’t win.”

“But as it went on, I thought I had a better chance and then it just happened.”

For Davidson it was her second consecutive year where she’s finished runner-up in this event, falling to Victorian Kono Matsumoto by just one stroke last year.

Two years ago Yuan took on the professionals in the Women’s NSW Open as a 14 year old, missing the cut narrowly.

Since, Yuan has claimed the NSW Age title as well as a number of Jack Newton Junior Golf titles, including winning the Western Sydney Junior Masters last Friday at Lynwood Country Club.

Friday’s win capped off a fantastic fortnight for Yuan who came from behind with a two under par 68 on day two to record a four shot victory over Danni Vasquez from Bonnie Doon.