Only a month ago, Zimbabwe’s Scott Vincent was winless on the Japan Tour and a five-time runner-up on the Asian Tour.

A month later and the 29-year-old, who hails from the same African country as Hall Of Famer, Nick Price, is the proud owner of two Japan Tour titles following his win in Sunday’s ANA Open in Hokkaido. 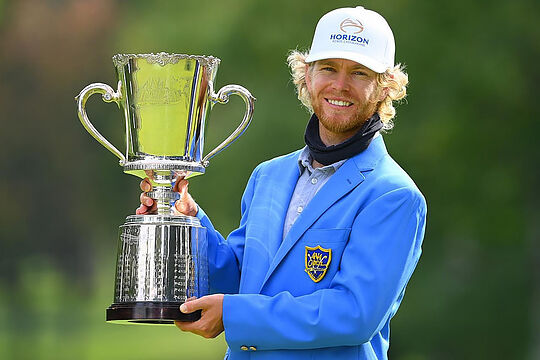 In his previous victory at the KBC Augusta, he lead from start to finish. This time he turned an opening round 68th place into a a share of 1st place following a 9-under 63 on Friday.

“I really want to earn the ticket to the ZOZO Championship. I also want to push up my World Rankings too and get closer to playing the US PGA Tour, which is my ultimate dream,” said Vincent, who is married to an American and also his caddie.

Dylan Perry lead the way for the Aussies in a share of 13th place at 10-under for his best result this season in Japan. Todd Sinnott was another shot back in equal 16th.

Queensland’s Anthony Quayle (T32), Andrew Evans (T38) and Scott Strange (T47) were the last of the Australians in the field to make the weekend cut.

David Bransdon sat out the weekend after rounds of 75 and 73.