Jordan Zunic is back in the winner’s circle with a victory at the China Amateur Golf Championship on Sunday.

Zunic started the final round six shots from the leaders and fought back with a closing 4-under 68 to be equal with Singapore’s Q Wong before finishing the victory off on the second play-off hole. 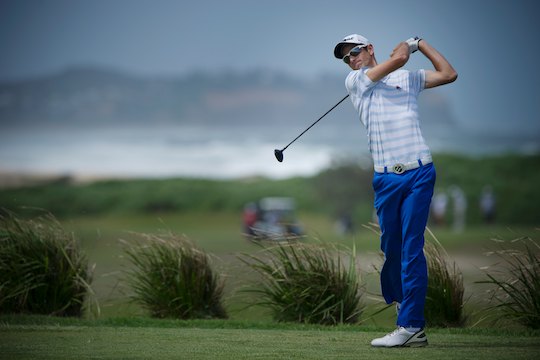 Zunic last won in 2013 back home at the Tasmanian Open and during 2013 seriously contended internationally, making the top-16 at the British Amateur and a top-5 at the St Andrews Links Trophy, before being involved in a near fatal car accident whilst touring in the US.

Since then it has been an up-hill challenge for the Wollongong-based Zunic as he sought to return to the elite international level following the accident which had him sidelined for a number of months.

Numerous top-5 finishes in Australian events during 2014 including a 3rd-place finish at the South Australian Classic and 4th place finishes at the Federal Amateur, Lake Macquarie Amateur and Keperra Bowl reinforced Zunic’s enormous talent, however, until Sunday at Changyang Town in Fangshan District in Beijing an international win was beckoning.

Zunic fired rounds of 81-73-71-68 to finish at 5-over with Wong, the pair four strokes ahead of China’s Zen Chen who finished in a tie for third.

“I can’t believe it. Especially after an 81 in the first round,” said Zunic following his victory.

“I just never gave up. This is an important win for me and a great start for the Aussie season when I’m back home. It’s a real confidence booster for sure.”

Ben Eccles was the only other Australian competing in China finishing in a tie for 3rd position at 9-over-par.