While golf’s ruling bodies enacted what is now commonly known as ‘Harrington’s Law’ don’t expect major changes to the Rules of Golf in the wake of recent incidents.

The R&A and USGA reacted to Padraig Harrington’s disqualification from last year’s Abu Dhabi HSBC Championship by introducing a rule that could see a rules committee issuing a two-stroke penalty rather than the disqualification that saw the triple-major winner disqualified from the event. 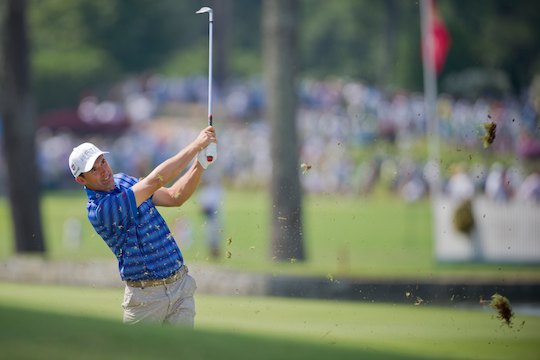 Harrington had inadvertently and unbeknown to himself, caused his ball to move in picking up his marker and if not for ‘slow-mo’ cameras the Irishman’s breach would not have been detected.

But the likes of Rory McIlroy and Scotland’s Peter Whiteford should not expect similar leniency.

McIlroy was slapped with a two-stroke penalty during this year’s Abu Dhabi HSBC Championship for brushing away sand from the line of his putt.

Of course, if the reigning US Open champion had been on the green it would be no crime, but on this occasion McIlroy was just off the green and stepped forward to brush away the sand.

Then there was Whiteford’s bizarre disqualification from the Avantha Masters after TV viewers spotted that the Scot’s ball had moved, albeit millimetres, at the last hole during the third round.

Whiteford had been unaware of any breach and even checked with his playing partners if they had seen his ball move, and while they indicated they didn’t, it was not until Whiteford was on the fourth tee on the final day he was informed a check of TV footage indicated his ball had moved.

Whiteford’s big mistake was not to call for a ruling after the third round.

In regards to the McIlroy situation, David Rickman, the Royal and Ancient Club’s executive director for rules, said: “I would imagine that the rationale for having a distinction between what was allowed on and off the putting green is that, over the years, the latter has become a very specially-prepared area of ground.”

“For more than 100 years, up until 1952, the putting green was simply declared to be all ground within 20 yards of the hole.”

“Today it is, of course, a highly-manicured smooth surface.”

“It’s not just about the removal of sand. Old hole plugs and ball marks can be repaired on the putting green, but not elsewhere.”

“Rory’s penalty was for improving his line of play.”

“This rule states in part that a player must not improve his line of play by ‘removing or pressing down sand’.”

“This is considered to be an important element of the requirement of ‘playing the ball as it lies’.”

“However, as with all rules, there are exceptions and in this case the exception applies on the putting green.”

Had McIlroy not been penalised he would have won the event by a stroke, given he finished one stroke behind eventual champion, Robert Rock.

But Rickman added: “The general principle that applies to penalties is that the penalty must not be less than the advantage that the player could derive from the particular breach of the rules.

“One-stroke penalties are most commonly incurred in connection with accidental acts, whereas Rory’s act was a purposeful one.”

“The removing of a little sand from the line of play may be relatively innocuous, but the rule has to act as a deterrent to all possible breaches, some of which could result in a much more significant improvement of the player’s line of play.”

“It is simply not practicable to have a completely graduated scale of penalties. “Consequently, any breach of Rule 13-2 attracts a two-stroke penalty.”