We’ve all done it at some point in time – it can be a confusing and costly mistake.

If you’ve ever lost an important championship or even just a friendly game with friends on the weekend you’ll know how important it is to understand the definitions of “wrong ball”, “ball in play” and “substituted ball” to determine if you have played a wrong ball. 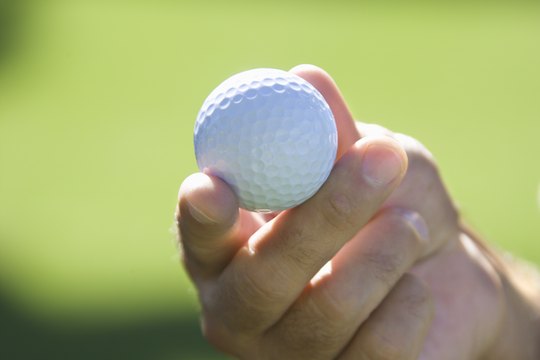 A wrong ball is defined as a ball other than your:

Examples of wrong balls include:

The definition of “ball in play” advises that your original ball is no longer in play (and therefore a wrong ball) when:

If you have indeed played a wrong ball, the following penalties and procedures apply:

In match play (Rule 15-3a), you lose the hole. If you and your opponent exchange balls during play of a hole, the first to make a stroke at a wrong ball loses the hole; if this cannot be determined, the hole must be played out with the balls exchanged.

In stroke play (Rule 15-3b), you incur a penalty of two strokes. You must also correct your mistake by playing the correct ball (or proceeding under the Rules).

Examples of proceeding under the Rules include:

You must correct the mistake of playing a wrong ball in stroke play before you play from the next tee.

On the last hole of the round, you must declare that you will correct the mistake before you leave the green. If you fail to do so, you will be disqualified.

On a brighter note, any strokes you make with a wrong ball don’t count in your score. You simply add up your score with the right ball and add two penalty strokes.

You will not be penalised if you make a stroke at a wrong ball that is moving in water in a water hazard.

Also, any strokes made at a wrong ball that is moving in water in a water hazard don’t count in your score.

Because the penalties for playing a wrong ball can be severe, the Rules provide a commonsense recommendation to help you prevent such misfortune.

In Rule 6-5, it is suggested that you put an identification mark on your ball.

Unfortunately, many competition players won’t heed such advice until playing a wrong ball costs them a championship or other important event.