Stableford is the most popular form of competition golf played in Australia.

It has the advantage of speeding up play since a player who can no longer score a point does not have to complete the hole, but may pick up the ball and go to the next hole. 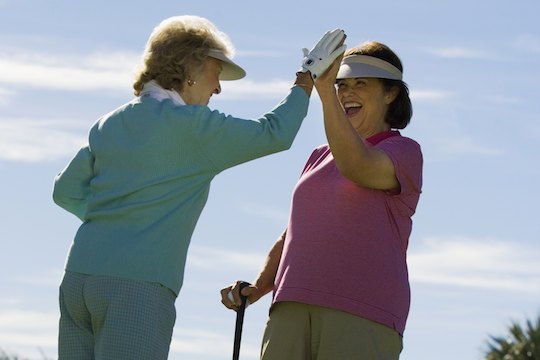 Stableford: Our most popular form of competition golf

A stableford competition is a form of stroke play and the rules for stroke play apply, except when they vary from the specific rules outlined in Rule 32.

The first variation is listed in the first note under Rule 32b and involves the application of penalties when a player is in breach of a rule which stipulates a maximum penalty for a round; such as carrying a non-conforming club, carrying more than 14 clubs (Rule 4-4), or having more than one caddie at any one time (Rule 6-4).

A breach of these rules in strokeplay incurs a maximum penalty of four strokes, but in a stableford competition, the penalty is a deduction of a maximum of four points from the player’s total points for the round.

However, if a player does breach such a rule in a stableford competition, the player must report the facts to the committee before returning the score card; failure to do so will result in the disqualification of the player.

Another variation is listed in the second note, which advises that a breach of Rule 6-7 (Undue delay; slow play) incurs a penalty of a deduction of two points from the player’s total points for the round. A subsequent breach will result in disqualification, as it does in stroke play.

One aspect of stableford play which confuses many players is the treatment of disqualification penalties:

The rule goes on to say that in all other cases where a breach of a rule would result in disqualification, the competitor is disqualified only for the hole at which the breach occurred.

So, if you breach Rule 7-1, for example, by practicing on the course before your stableford round, you will be disqualified from the competition because this is one of the rules listed in Rule 32-2a.

However, if you breach Rule 15-3 by playing a wrong ball at a hole and tee off on the next hole without correcting your error, you simply score no points on the hole rather than being disqualified from the entire competition, as you would have been if you had done this in a medal round.

To illustrate; if you score four on a par-four hole at which you receive a stroke, the correct score for the hole is three points.

If your card is returned with the correct stroke score of four, but with two stableford points recorded instead of three, the committee must correct this error by awarding three points for the hole.

However, if you had five strokes on this hole the correct number of points is two. If your card was returned with an incorrect stroke score of four, but the correct two stableford points, you are disqualified for returning a card with a score (four) for the hole lower than that actually taken (five).

There is one situation in a stableford competition where recording a lower stroke score on the card than actually taken will not result in disqualification, and that is when the result of the hole is not affected.

The principles in this article also apply to bogey and par competitions, which are far less popular and less-frequently played at most clubs in Australia than stableford competitions.

The variations to the strokeplay rules listed above also apply to bogey and par competitions and these are outlined in Rule 32-1a.