The lucky winner is Mick Taylor (VIC). Congratulations Mick and a big thanks to the thousands of people who entered!

Rickie Fowler is one of the most dynamic young players to come out of the PGA Tour in many years.

The 22-year-old, who recently claimed his first professional title at the Kolon Korea Open on the OneAsia Tour, will bring his “A” game to our shores for the 2011 Australian PGA Championship at Hyatt Coolum in late November.

You may never get to travel the world playing golf for a living but you can put yourself in Rickie’s shoes by winning these PUMA Golf Shoes autographed by the man himself – Rickie Fowler. Simply answer the question below and you’ll automatically go in to the draw – good luck! 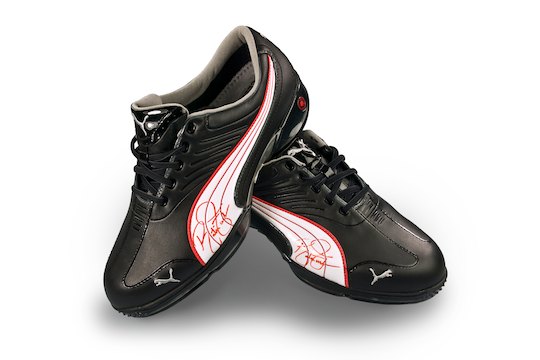 Entries close at 11:59pm 31st January 2012. The lucky winner will be drawn on 1st February 2012 at 9am (AEST) and notified by email. All entrants agree to receive a bi-weekly GolfGrinder newsletter. You can unsubscribe easily at any time. Open to Australian residents only.