Bankstown’s Heys chalks up half century

It takes a special kind of devotion, patience and application to chalk up 50 years’ service – at anything.

So it was drinks all round last month when Bankstown Golf Club honoured its long-serving member, Jan Heys for 50-plus Years of Service to their club and to Golf in NSW. 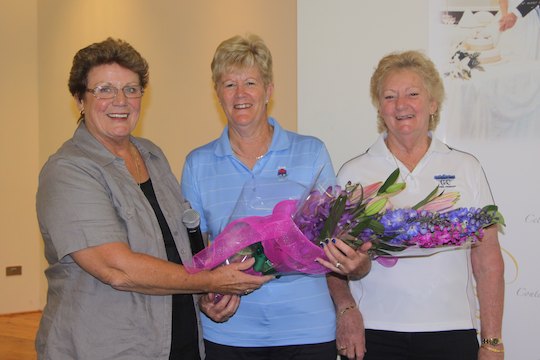 Amazingly, Jan joined Bankstown Golf Club on her 16th birthday – and that was a mere 50 years ago.

Keeble said Eric Lusk was also a life member of the NSW Golf Association and served as its president from 1972-77 and was also president of the Australian Golf Union in 1976.

“It comes as no surprise that Jan has carved such an illustrious career for herself in golf,” he said.

“What made it special was that Bankstown witnessed her grow in those 50 years as a player, committee member and a major contributor to nurture champions.”

Jan was thrilled to receive her certificate and commented: “I enjoyed my 50 years as a member of Bankstown Golf Club.

“My greatest enjoyment has been seeing young players develop their skills and achieve maximum results.”

From 1996 to 2009, Jan ran a junior program for girls on Saturday afternoons.

Indeed the NSW state team member Allyce Watkinson, the 2009 NSW Amateur champion Justine Lee and two-time NSW Women’s Open champion Sarah Oh (2009 and 2010, are just a few of the successful girls Jan has nurtured as juniors during her 14 years in the role.

She was instrumental in establishing and managing a girls Encourage Shield team, which represented Bankstown from 1996 to 2009.

During the season, Jan would ensure players had arrived at the course, were ready to compete and would remain to the end of the day’s play.

She has worked tirelessly at the state level as junior girls’ state team manager for the past seven years and with the Jack Newton Junior Golf and Primary Schools Sports Association. She can often be spotted officiating at schools, state and interstate tournaments.

Jan became a councillor on Women’s Golf NSW in 2000.

She was a member of both the match and junior committees for three years and as chair since 2004.

Post amalgamation with the NSW Golf Association, Jan continues her role with the juniors as Golf NSW’s joint junior chairperson.

Over the 50 years of membership, Jan represented the club for 20 years playing in Metropolitan Grade followed by Silver Pennants.

For the past 10 years, she has continuously caddied for the club’s Grade players.

In 1991, Jan was elected to the women’s committee and served 10 years, six years as women’s captain.

She was the first woman to be elected to the board of Bankstown Golf Club (in 1999) and served on both match and house committees for four years.