The girls from Grafton look forward to their Sydney trip every year.

So there was no shortage of takers when Grafton golfers’ lady president Peg James took up the cudgel for the second successive year to organise a team to visit the big smoke for the annual Country Week of Golf. 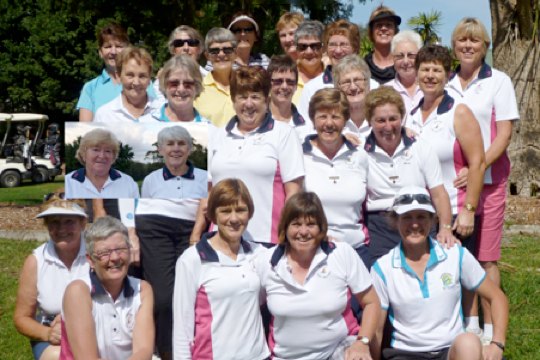 For five days they shared travel on coach travel, accommodation, meals and friendship while swapping tales of their separate adventures on three top-quality Sydney courses.

There was also some team bonding over an evening wine and nibbles shared with the visiting white cockatoos.

The first course to be mastered was Cronulla which was very scenic although many of our girls found the tight fairways a sight to behold and a definite challenge.

There were lots of interesting dogleg holes and some of the fairways sloped away at the sides into tree-lined edges.

Chrissy “Angry Ant” Danvers had to endure a few jokes after walking off the course with her wedge in two pieces after what she described as “a normal pitched shot”.

The following day the girls headed for Woolooware, another attractive course where they faced a shotgun start.

Most were relieved to see wider fairways although the lower markers found many holes tricky, having to lay-up on several drives to position themselves for a second shot at the green around the bend.

After two action-packed days of golf and socialising the next was a day of rest to prepare for the foursomes still to be played.

As country girls don’t rest in the city, many set out to enjoy city culture, beginning with viewing the spring flower display and ending up enjoying “Hairspray” the musical.

Six of the tour group, being dedicated golfers, returned to Cronulla to play a foursomes event in their weekly competition, following a kind invitation from the Cronulla president.

The last day of Country Week was a foursomes event at Bexley Golf Club.

Bexley had only undulating par three and four holes but offered lots of interest with some tight fairways, bunkers and some intervening water.

It was a successful day for “Tour Group North Coast” with Sue and Jodie declared joint winners of the division one scratch event.

Noelene Smith and Enid Dougherty were the division two scratch winners and Margaret Hall teamed with a lady from Everglades club to claim the division three nett runner-up trophy.

Bringing home six trophies from a group of 25 players over a three-day golfing week was a proud achievement.

Country Week was a wonderful opportunity for the “50 something” year olds to form new friendships and indulge in their favourite pastime, golf.